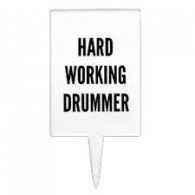 These points are talked about from my job as a freelance drummer. You can of course get lucky and land a gig with one great band who are selling music and touring. If that’s your goal most of these points still apply to get you to that place.

Some of these tips are pretty much common sense but you’d be surprised at how they often get ignored and others are maybe not so obvious. So here goes in no particular order of priority a few pointers for you to help you get to a place where you can make a career out of doing what you love….

This is by no means a complete guide but I hope it may have given you something to think about. Feel free to comment and add any ideas of your own. If anything else springs to mind I’ll add it to the list. May the groove be with you…

Drum Lessons For Adults And Seniors